Nassau, Bahamas is one of the most visited islands in the world for several very good reasons - 1) a rich history 2) upscale resorts like Atlantis 3) a distinctively colonial look and feel and 4) plenty of opportunities for food, drink, shopping and fun-filled activities.

After many trips to Nassau, we have put together an Easy Walking Tour for you to enjoy. While it doesn't cover every attraction on Nassau, it will give you the opportunity to take a leisurely stroll at your own pace and see some easy-to-access sights within one to three hours depending on your walking pace. We chose a casual stroll with many stops along the way for sightseeing, photography opportunities, shopping and refreshments.

If you arrive in Nassau on a cruise ship, you will dock at Prince George Wharf. After you disembark, you will be led into the cruise terminal. Inside you will find multiple tour vendors, souvenir shops, refreshment vendors and sometimes a live musical band.

Grab one of the FREE tourist maps that are available so you will have a better idea of the local streets and any other sights you may want to add to your walk.

As you exit the terminal, you will find yourself surrounded by taxi operators offering their services.

If you pass through the taxi lane, you will come to Woodes Rogers Walk - the street running parallel to the waterfront.

The street is named after Woodes Rogers - a privateer / pirate who was appointed governor.

Across Parliament Street, you will see Rawson Square with a statue of Sir Milo Butler, local hero who was the first Bahamian governor of the islands.

At the rear of Rawson Square you will see West Bay Street and Parliament Square with the Queen Victoria Statue. This is a great place to take photographs.

The buildings reportedly date back to the 1700s.

As you stand facing the Queen Victoria statue, look to your right you will see the intersection of Parliament Street and West Bay Street.

On our trips to Nassau, there was always an unusual sight - a policeman in British-styled uniform standing in the center of the intersection inside a wooden box on wheels.

This is another excellent opportunity for a unique photo to share with your friends back home.

If you are at the corner of  Parliament Street and West Bay Street taking a photo of the policeman, follow Parliament away from the waterfront.

You will find the Garden Of Remembrance behind Queen Victoria's statue and the Parliament buildings.

The Garden Of Remembrance contains a monument to Bahamians who served in various wars.

The Nassau Public Library and Museum was once a jail! The cells have been converted into bookshelves. The library / museum contains artifacts from the Arawak indigenous people as well as colonial documents.

There is a viewing station upstairs where you can get a look at the city below.

Follow Elizabeth Avenue to the Queen's Staircase. Be wary of scammers. You do not have to pay admission to the staircase. We were approached by a man who tried to convince us otherwise and demanded payment for his tour of the area.

The staircase was hand carved from the rock by slaves between 1793 and 1794 to provide British troops a protected route to Fort Fincastle. The staircase was later named in honor of Queen Victoria who abolished slavery. There are 65 steps to the top. It is 102 feet tall.

LEAVE FORT FINCASTLE AND WALK BACK DOWN THE QUEEN'S STAIRCASE

FOLLOW ELIZABETH AVENUE TOWARD THE WATERFRONT UNTIL YOU REACH WEST BAY STREET. The police station is at the intersection of Elizabeth and West Bay.

You are now heading back toward the cruise ship terminal and (9) Prince George Wharf. There are many shops, bars and restaurants along the waterfront.

CONTINUE ON WOODES ROGERS WALK ALONG THE WATERFRONT PAST PRINCE GEORGE WHARF.

Eventually you will reach the Straw Market and the Vendue House / Pompey Museum.

The Vendue House and Pompey Museum with it's pink exterior and gray Corinthian columns is one of the oldest buildings in Nassau. It was also where slaves were bought and sold. You will find it just past the Straw Market.

The Straw Market is one of those places that people either love or hate. We like to call it "a flea market on steroids!" The aisles are small and crowded with vendors selling tourist souvenirs. The vendors will call out as you pass by and even make surly comments if you don't purchase something from them. You are expected to barter for a lower price. If you enjoy this sort of thing, the Straw Market is the place for you. If you don't enjoy bartering over every purchase and penny, it can be a headache.

As you leave the front entrance of the Straw Market, turn right to head back down Woodes Rogers Walk towards the cruise ship terminal and Prince George Wharf.

Once again, there are many shops, bars and restaurants along the waterfront. There are also several courtyards where art and wood carvings are sold.

If you are tired of walking, you can grab a horse and carriage to take you along the waterfront and back to the cruise ship terminal and Prince George Wharf.

If you are looking for something more adventurous, read our article on the Blue Lagoon Dolphin Encounter at http://www.familytravelersmagazine.com/blue-lagoon-island-and-dolphin-encounters---nassau-bahamas.html​

Watch our video of our Nassau, Bahamas Easy Walking Tour below. 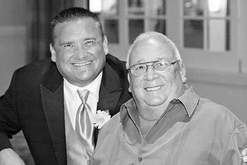